Wow, hot off the press…..Thanks to The Wall Street Journal for this timely content on “Real Short Sales Of Orange County”…..

Reality has hit home for one of the “Real Housewives of Orange County’s” blond-and-Botoxed stars: Tamra Barney unloaded her Tuscan-style house in a short sale, the Orange County Register reports. 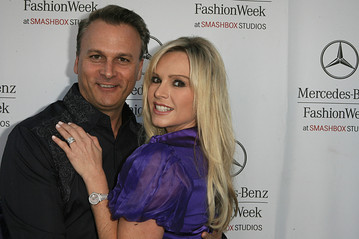 The 4,300-square-foot Ladera Ranch showpiece went for $1.12 million, a 30% discount from the original $1.6 million asking price. In a short sale, the lender-in this case, JP Morgan Chase-agrees to a price less than what is owed. The process helps troubled owners avoid a foreclosure.

“No one wants to face foreclosure,” agent Marcos Prolo of Berrington Properties is quoted as saying. “This is a good lesson for everyone who’s struggling.”

Simon and Tamra Barney-parents of three who are reportedly in the process of a divorce-paid $1.32 million for the five-bedroom, five-and-a-half-bath house at the height of the market in 2005, according to the article. They then spent more than $200,000 installing a saltwater pool, spa, waterfall and landscaping. And, if that’s not enough, the backyard boasts a fireplace, fire pit and outdoor bar.

Like many Americans, the downturn forced Ms. Barney, 42, back into the workplace. Ironically enough, she’s now working for the real-estate firm, Bennington Properties, that sold her home. She’s also launching a make-up line with her plastic surgeon, according to her online bio.

The housewife is now said to be living in a two-bedroom apartment.

We’ll watch the Bravo network to see how this storyline plays into the reality show’s sixth season.

Thanks to Dawn Wotapka for this article!

Neighborhood Updates In Your Email!

You have Successfully Subscribed!